Eric has had a chance to download more photos that he took during his two weeks up in Sendai in addition to those already posted.  Here they are, with some of his reflections.

On the way up, we took a back route to Tokyo and had a great view of Mt. Fuji. It provided hope to some of the people I met to know that in spite of everything Fujisan was still standing. Yet I told them that even if it were to crumble, God’s love would always remain.

Here is the CRASH headquarters, with some of the supplies we brought up from Sanda.

On the way to Sendai. We were issued a special emergency vehicle badge that allowed vehicles like ours to be on the highways during the first week.  It turned out to be a great blessing because with the long lines of vehicles waiting for gas, we would often get waved to the front of the line. 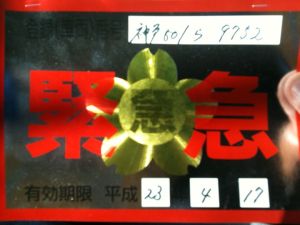 When we were driving closer to the nuclear plant, we rolled up our windows and wore our masks… just in case. 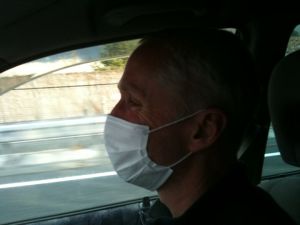 Our second day in Sendai we went to wait for the amazing shipment coming in from Samaritan’s Purse – 94 tons of supplies.  Here is the group of volunteers waiting, and the trucks coming in. 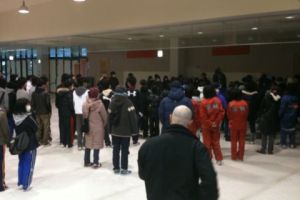 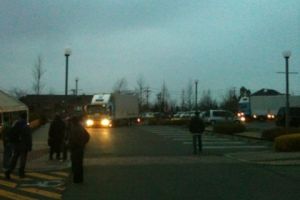 I loved working with Samaritan’s Purse – they continue to be an amazing blessing to the communities in Tohoku.  Here are some new supplies that were purchased by SP at Costco – they bought out entire inventories of much-needed supplies. 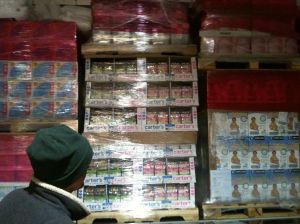 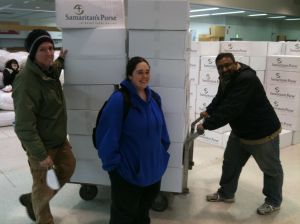 At the request of a local pastor we willingly washed the boots of returning workers.

Nine homes left out of thirty in this village. Supplies received were carefully divided into nine equal portions.

We worked with volunteers of all backgrounds all with one heart to serve. — these were Muslim volunteers from Malaysia.

My partner Peter and I delivered requested supplies to this church. 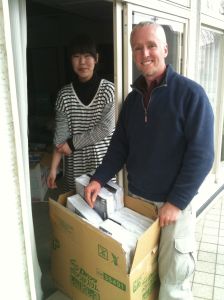 Most of the major roads had already been repaired. But in remote areas there were still cracks like this.

Here are some of the scenes that we saw… 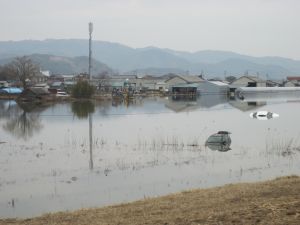 These photos are all rice paddies – they are bringing pumps in to take the water out.  Because it is sea water, though, no one knows when they will be able to plant these fields again. 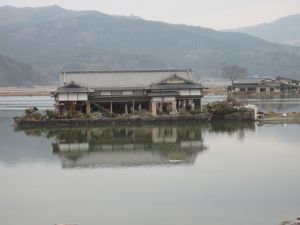 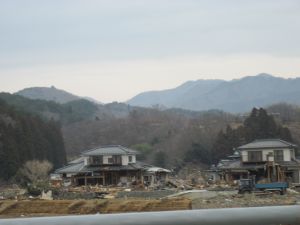 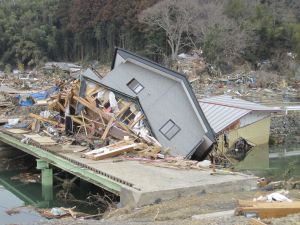 This is an elementary school – what grabbed me was the time on the clock in the middle of the photo.  It tells us the time that the tsunami came through… 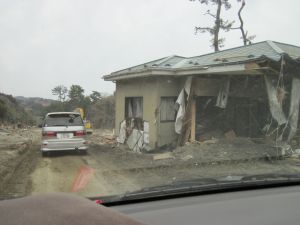 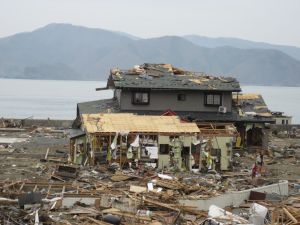 We won’t ever know, but I’m guessing that this fire truck was on the way to help earthquake victims when the tsunami struck. The effort continues on… We continue to pray for ways that we can bring hope to those who are hurting. 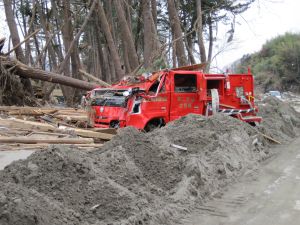