Yesterday was one of my favorite hours in the new Nozomi House.

An elementary-aged girl, S., had been studying violin the year before the tsunami. She was scheduled to have her first big recital on March 19, 2011. The big earthquake and tsunami canceled the event, and took with it her violin and their home as well.

This past summer, S. received a violin from a volunteer group up here and has had a chance to study with two fabulous Christian violin teachers. Finally, she was able to have the recital that she couldn’t have two and a half years ago. 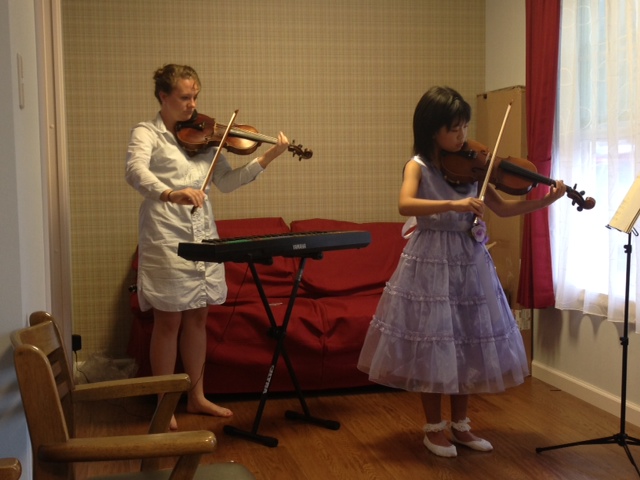 S. is Owen’s classmate at school, and her mom works with me at the Nozomi Project. She did awesome! We were all so proud of her! In addition, several of the musicians performed before and after her. It was really special to be there with her whole family- I know they must have been proud of her as well.

I am sure that her recital in March 2011 would have felt very different! Probably there would have been more people there – definitely more children performing — more formal perhaps. But there was something so special about Sunday — three 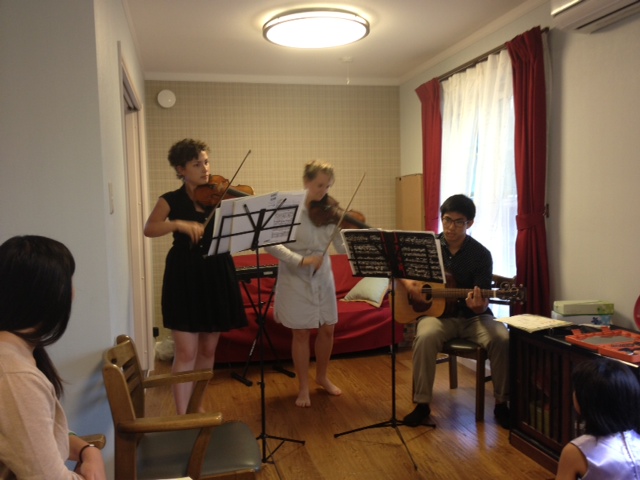 different groups working up here in Ishinomaki who were united in helping fulfill the dreams of a fifth grader. So thankful for the small and large ways that God is all about bringing healing to people.